Grand Canyon University contains 21 sports teams distributed on various women’s and men’s sports and these teams belong to The Grand Canyon Antelopes (also referred to as Lopes) and they represent the university in many competitions and most of these teams compete at the level of the NCAA Division I level in the Western Athletic Conference
Men’s volleyball competes in the MPSF from the 2017-18 academic year. The beach volleyball program competes as an independent.

On November 27, 2012, Grand Canyon University announced that it had accepted an invitation to join the Department of Western Sports Conference for the First Division, effective July 1, 2013. The move made the Grand Canyon the only profit-making institution through a first-division sports program.
This helped the university to reach a five-to-six-year sponsorship agreement with Nike International in 2015 as part of the sporting expansion in the Grand Canyon.

On August 23, 2017, the NCAA officially agreed that Grand Canyon would move to the first division, which led to the university being elevated to active membership status. Grand Canyon University immediately became eligible for postseason competition.

The main factors that caused the increase in sports and sports facilities are mainly due to the total transfer that the university has been subjected to from a small non-profit liberal college to a large modern private university for profit.

Available sports inside the university

GCU Arena is host to the school’s men’s and women’s basketball teams in addition to women’s volleyball. The venue opened in 2011 as a 5,000-seat venue before being expanded to increase capacity to 7,000 seats in 2014.

The baseball team plays home games at Brazell Field at GCU Ballpark, where a brand new stadium was built to surround the existing field in 2018. The stadium is named after Grand Canyon’s longtime baseball coach Dr. Dave Brazell. The softball team hosts its home games at GCU Softball Stadium which also opened in 2018.

GCU Stadium is home to the men’s and women’s soccer programs. The facility opened in 2016 and can hold in excess of 6,000 fans. GCU ranked in the top 10 in both 2016 and 2018 in average attendance for its men’s soccer games.

Antelope Gymnasium, which used to house GCU’s indoor sports, has served as a secondary indoor facility since 2011 after the opening of GCU Arena. Antelope Gymnasium is the full-time venue for the men’s volleyball team.

Lacrosse
NCAA men’s lacrosse made a brief appearance as an official school sport at GCU from 2008-2011. The team began in 2008 and played the first lacrosse game in school history on February 10, 2008, an 8-18 loss to the University of Arizona (MCLA DI) In 2010 GCU and the few other NCAA DII lacrosse programs in the Southwest formed the Western Intercollegiate Lacrosse Association In the Lopes’ only season as a member of the WILA, the team recorded a 3-5 conference record. After a number of below .500 seasons combined with increasing travel costs due to lack of NCAA Division II competition in the university announced in March 2011, it would end Division II lacrosse competition. Shortly after the university announced the program will compete at the varsity-club level in the Men’s Collegiate Lacrosse Association. The program joined the Southwestern Lacrosse Conference (SLC) and plays in the MCLA Division I level in the SLC’s Pacific Division. In 2015 and 2017, GCU won the MCLA Division 1 National Championship.

Rugby
Men’s rugby was approved for addition to the GCU club sports lineup in 2013. Although it is officially a club sport, the team is under the auspices of the Athletic Department and has access to Athletic Department facilities and support personnel. The team began competing in the 2014–2015 academic year. Former University of Arizona collegiate All-American Ryan Kelly is the head coach, and rugby sevens specialist Merrick Firestone is the associate head coach.

GCU Rugby has undertaken a significant recruiting effort, bringing in a large initial recruiting class for the Fall 2014 semester that includes many experienced high school rugby players from across the country, including several High School Rugby All-American invitees.[26] GCU Rugby anticipates hosting a Fall 7s tournament on the GCU campus in September 2014. 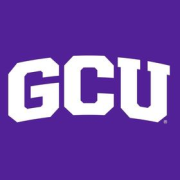